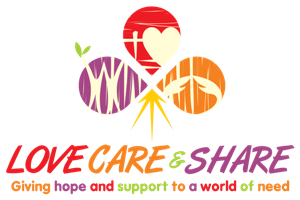 The California Interagency Council on Homelessness recently doled out a total of $17 million to 10 cities and counties around the state. Oakland, Livermore and Santa Clara County were among the recipients.

“No child should have to spend their formative years experiencing homelessness,” Newsom said in a news release. “With these grants, communities throughout the state will have the resources to innovate and find solutions to family homelessness so that all of California’s children can go to bed each night with a roof over their head.”

Santa Clara County won about $2.5 million to serve 318 unhoused pregnant women and families with infants that are on housing waitlists or receiving housing vouchers. Some of that money is expected to go toward paying for childcare, said Consuelo Hernandez, director of the county’s Office of Supportive Housing. The rest is set to create a pilot program dedicated to providing services such as case management, mental health care and more to pregnant mothers and families with children.

The county has set an ambitious goal of ending family homelessness by 2025. That would require creating enough placements for every unhoused family with children — and mean that when new families become homeless, they could receive help immediately without prolonged stays in shelters, on the street, sleeping in cars or in other unsafe, temporary situations. The county estimates about 600 families become homeless every year.

The state funding is crucial because it gives the county the money and the flexibility to test out new programs, which then can be scaled up if they work, Hernandez said.

“It’s really exciting because it’s competitive,” she said of the grant, “but also I think it’s helping more families quicker than the goal of 2025.”

Oakland received $2 million to serve 165 families who have been impacted by substance abuse. The money will go toward housing them in recovery-focused interim housing units and providing services such as crisis therapy, workforce support and housing navigation.

It won’t be enough to help everyone who needs housing, acknowledged Daniel Cooper, Oakland’s new homeless administrator. But he said the city is grateful for the much-needed funds, and will make the most of them.

“Thank you,” he said to the governor and administration, “and we appreciate the opportunity to serve more families here in Oakland.”

The grants were competitive, and the state fielded 32 applications requesting a total of $55 million — far more than was available. In the end, the state approved 10 applications.

With the exception of in San Francisco, homelessness has increased across the Bay Area since 2019, according to the latest census results released earlier this year. The number of unhoused people counted increased 35% in Contra Costa County, 22% in Alameda County, 20% in San Mateo County and 3% in Santa Clara County.

Communities that can prove their family homelessness programs are successful can apply for a share of an extra $15 million next year.

“With this initiative, we are empowering local partners to design local solutions to safely house and serve the needs of local families with children,” Lourdes Castro Ramírez, secretary of the Business, Consumer Services and Housing Agency and co-chair of Cal ICH, said in a news release. “Family homelessness cannot be solved by one single agency. It requires state and local governments, schools, non-profits, and local businesses to work together to lift up struggling families and help them quickly regain permanent housing.”